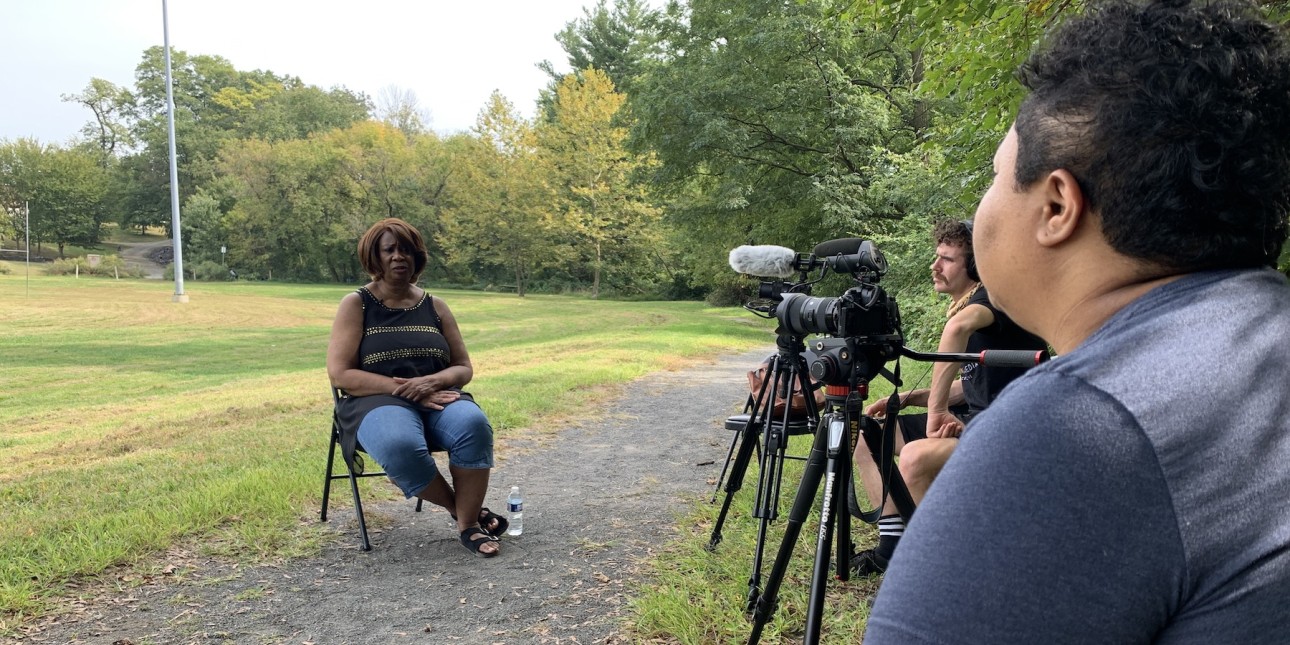 In the middle of the 2020 uprising for Black lives, we found ourselves in a pitched battle to reduce the Philadelphia Police Department budget. While some elected officials located the demand to #DefundThePolice solely in street protests, we knew that it ran much deeper. Members of communities throughout Philadelphia had been calling to defund the police for years.

Feeling a fierce urgency to make sure that people in Philly’s Black and brown neighborhoods were heard, we assembled a quick series of cell phone video testimonials which we promoted on social media in the Summer of 2020. As we approached the end of Summer, we felt we needed to go deeper . We began to dialogue with 8 Black women in Philadelphia about what they felt would help keep their communities safer. With our allies at Bonfire Media Collective we produced the short film and the videos below.

This project amplifies the call to #DefundThePolice and also speak to what keeps our communities safe:  jobs, schools, and resources for our communities.