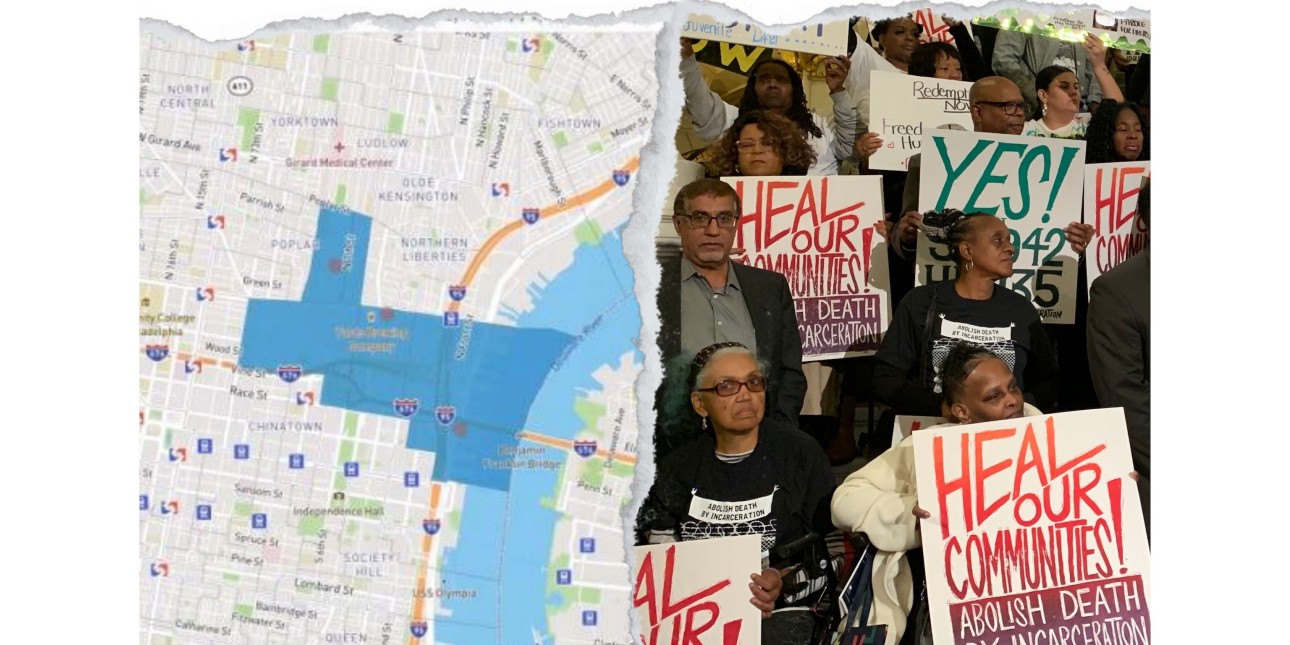 Every ten years the Legislative Reapportionment Commission (LRC) redraws Pennsylvania’s political maps which determine both state house and state senate district lines. This confusing and obscure redistricting process happens after the US census data is released and determines who represents you and people in your community in the state legislature.

Drawing maps might not seem like a big deal but these maps are the foundation for who Pennsylvanians can vote for. These district lines in turn determine what our legislature looks like. This is a big reason why, although our state population is 23% people of color, our state legislature is almost 90% white. Our communities are gerrymandered--broken up into small chunks to dilute our political power or else lumped together to ensure our power is concentrated, but limited. We need equitable redistricting that does not dilute or marginalize the power of Black and brown communities.

Fair representation for the communities that are home to the majority of incarcerated people could mean the passage of laws like parole eligibility for people serving death by incarceration or a fair funding formula for schools across the commonwealth. Legislators of both parties can and do draw district lines to favor their party and make all of us less powerful, but when we unite we can limit their ability to sideline us.

Pennsylvania Voice, a partnership of over 30 organizations across the state working together to expand power for communities of color, has a goal of building an inclusive, just and reflective democracy in Pennsylvania. This year Amistad Law Project joined this partnership in order to fight for equitable representation of our communities so we can win the changes we need to heal our communities.

As part of the effort to secure this equitable representation Pennsylvania Voice is making ‘unity maps’ to give to the LRC. These unity maps consist of 100 maps from individual Pennsylvanians showing their everyday lives combined together to show what our communities actually look like and how they must be represented. Making these unity maps is a direct form of resistance to the efforts of some politicians to carve our communities up and reduce our political power. Amistad Law Project has worked with dozens of people across North Philly, West Philly and Delaware County to draw their communities and help create these maps to let the LRC know how we must be represented. We recently held a town hall with State Representative Rick Krajewski, OnePA, and Pennsylvania Voice where we explained the redistricting process to community members and helped people in Representative Krajewski’s West Philly district draw maps of their lives for these unity maps. We are making moves to make sure the interests of incarcerated people and their families are represented.

We have pushed for the LRC to hold more public hearings and to make these hearings as accessible as possible by publicizing them in advance and allowing for virtual participation. Most importantly, with our unity maps and our ability to mobilize people we are demanding that the LRC must not use the current maps, with decades of inequality baked into them--but create the new maps that accurately represent us. They must start from scratch and create the districts we deserve.

With equitable districts we can have a Pennsylvania that works for all of us and one in which people serving death by incarceration can come home. We won’t stop fighting until our communities have the political power they need and deserve.

Want to learn more about the redistricting process? Check out this great explainer from Pennsylvania Voice below.

Frigid and blustery weather couldn’t stop a group of committed community members from speaking out and calling for justice for our elders. On Thursday...

In August faith leaders and community members in the Lehigh County gathered together to call on their District Attorney Jim Martin to support...

Since 2016 Coalition to Abolish Death By Incarceration’s rally for second chances has been an annual tradition. Yearly hundred of family members of...