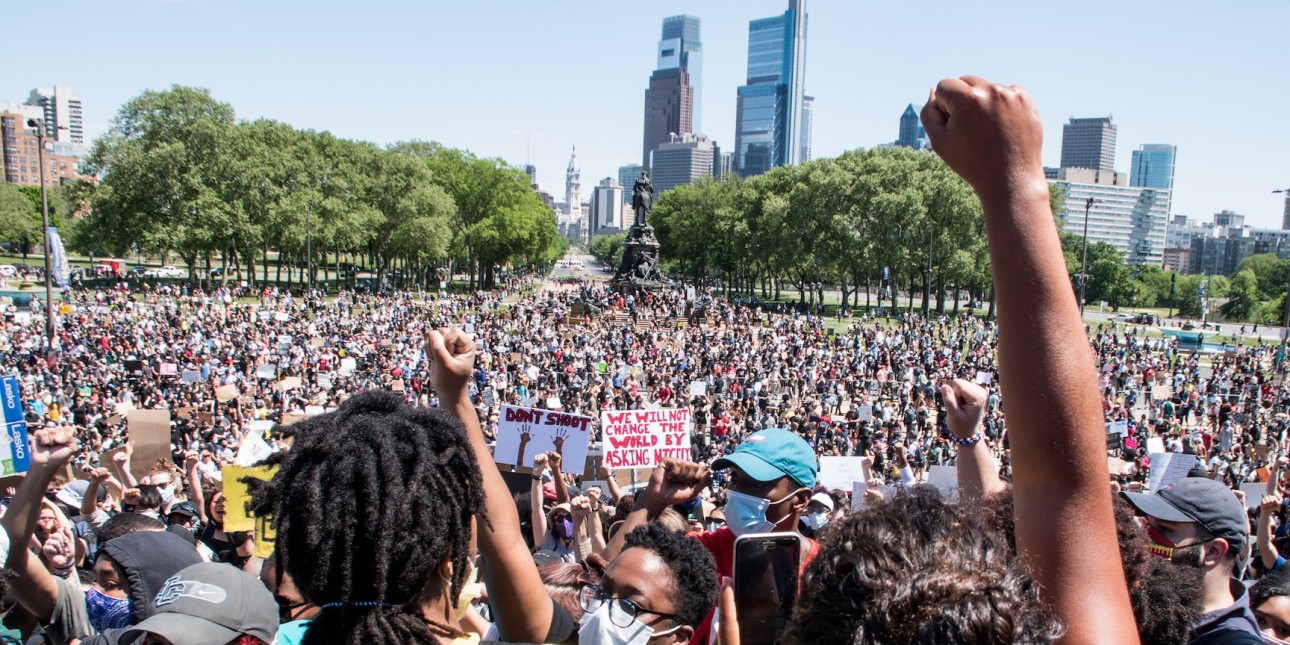 We are not new to struggle. We are not new to fighting the state, to the cost of antiblackness, to the harm of capitalism. We are writing this statement not because anything has changed but because so much has not.

We are in a perilous moment. In the past week, in the midst of the largest Black uprising of a generation, we have marched to protest Black death at the hands of the state and the murder of Black people of all ages and genders who were killed by police. In the past few months as COVID-19 has spread like wildfire throughout the United States, we’ve witnessed this deadly virus hit Black and Brown communities harder. This is not by happenstance but by design because multiple systems in the United States were forged in white supremacy; in this racial hierarchy, Black and Brown people are more likely to be poor and compelled to work low paying jobs that put them at higher risk of catching the virus and to have less access to healthcare which leads to the preexisting conditions that make a COVID-19 infection worse.

There can be no bystanders in this moment, no people who sit on the sidelines and critique people in the street for their rage while claiming to critique the police for their violence. You must pick a side.

Compared to urban centers, most middle class white suburban communities across the country have negligible police forces and a lot of safety. Communities that have good schools, programming for young people, green space, healthy food, and jobs that pay living wages are safer — and that is not because of the police. It is because people in those communities are not being kept in concentrated poverty.

We are Black people and non-Black antiracist accomplices who live in and love Philadelphia and its people. In West Philadelphia, when cops ride up and down our streets, stop and frisk young Black men, and arrest people and put them into jails rampant with a deadly virus, this does not keep us safe. It is a constant reminder of where Black people are in the hierarchy of this country.

We are calling on Philadelphia’s City Council to Defund the Police and reject any budget that increases the Philadelphia Police Department’s bloated budget. The police do not need more money. Larger budgets only lead to more officers and eventually more retirees which only increases the political power of the police and their racist union, the Fraternal Order of Police. Our communities need resources so that people have access to healthy food, so that we all have internet access, so that young people have enriching programming, so that we can all have job training and meaningful work, and so every Philadelphian has a home.

We remember the beautiful organizing to save our libraries in 2009 and the moment that Philadelphians again had control over our school system. We know that change is possible.

We also know that the teargassing of our neighborhoods is not a new escalation but a continuation of the violence of the state whether through police brutality such as the firebombing of the MOVE family in 1985 or the shameful underfunding of our schools. To end this violence once and for all we must build the political power of everyday people so we can defund police and prisons and forcefully reallocate the vast resources of the wealthy to meet the needs of everyone in society.

We are not new to struggle. We have been and will continue to be in the streets and in the courts fighting for our people and our collective liberation. We love you. We are with you. We will win.