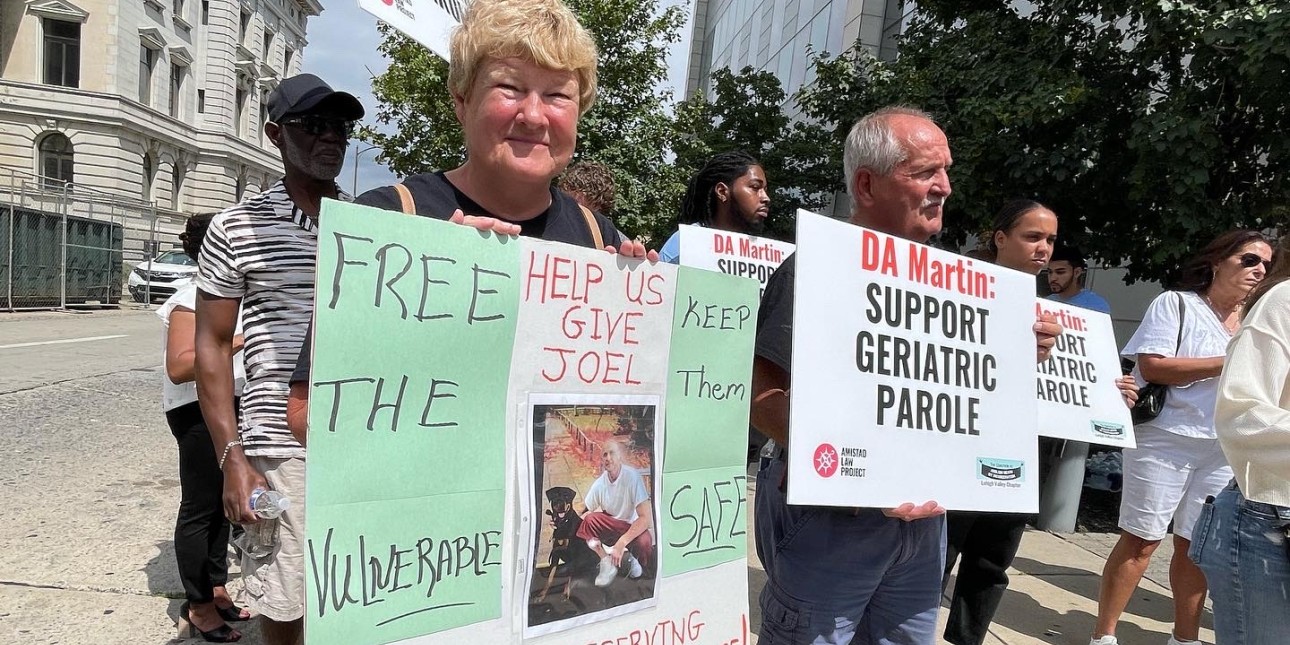 The movement to win parole eligibility for aging people in prison and reunite families is growing.

On Wednesday, August 10th faith leaders, community organizations and Lehigh Valley family members of the incarcerated held a press conference to call on Lehigh County District Attorney Jim Martin to support geriatric parole. Specifically, speakers called on him to voice support for SB 835, a geriatric parole bill that would give parole review to all those over 55 who have served half of their sentence or 25 years whichever is the lesser. 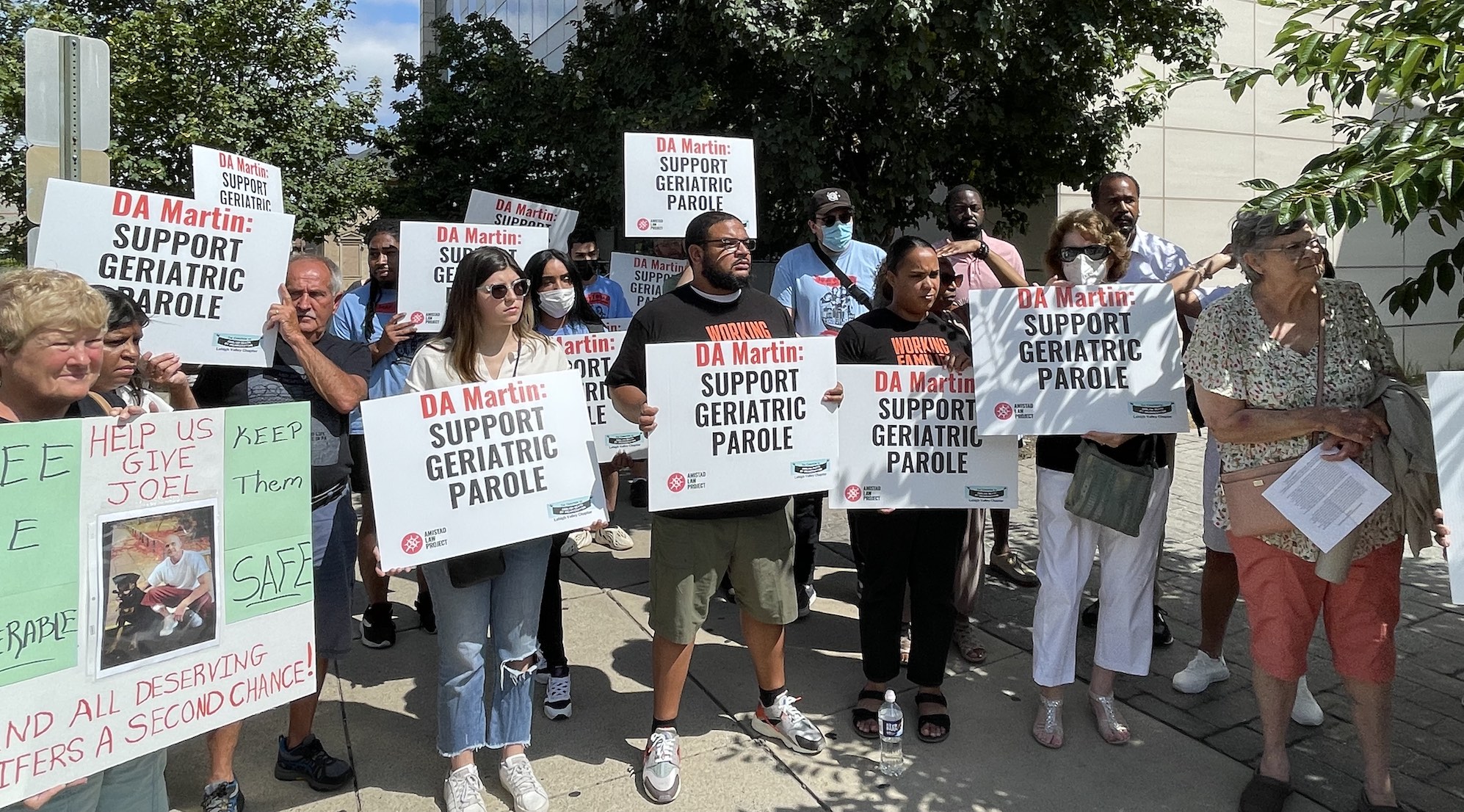 "We're calling on DA Martin to write to the Pennsylvania General Assembly and to simply say that we should have geriatric parole. Right now we're keeping people locked up until they die, until people literally leave in body bags. DAs are currently considered leaders in our criminal legal system. They have a big voice with the legislators in Harrisburg. What we want is for DA Martin is to be a moral leader and to say 'we need a way for older people to have a second look and the possibility of a second chance.' It just does not make sense to lock older people up until they die.", said Kris Henderson of Amistad Law Project.

Over 8,200 people are sentenced to life without parole or virtual life sentences that will ensure that they die in Pennsylvania prisons. Currently it costs 2.7 billion dollars to run the Pennsylvania Department of Corrections for one year. The immense and growing cost of incarcerating elderly Pennsylvanians is one of the main drivers of growth of the DOC budget year after year. Not only is the state perpetually incarcerating many of our community members, but our communities are locked up with the immense burden of paying for their incarceration.

"How much more money do we need to give to the prison system?" said Armando Jimenez-Carbarin, an organizer with Make The Road Pennsylvania "Yes we need a future where people are held accountable for their actions, but we must not waste money on perpetual punishment that would be better spent on education and anti-violence initiatives that could in fact make our communities a safer place. There are community run organizations right here in Allentown that have identified the cases of violence and also the solutions to them, but they are underfunded and need all the help they can get."

Several months ago members of Amistad Law Project and Coalition to Abolish Death By Incarceration - Lehigh Valley met with District Attorney Jim Martin who promised to follow up with his formal opinion on SB 835, a geriatric parole bill currently in the PA legislation, but never did. Recently Lehigh Valley faith leaders sent a letter to DA Martin calling on him to support geriatric parole. On the heels of that powerful letter Amistad Law Project, Straight Ahead, ACLU of PA, Make the Road Pennsylvania, POWER - Lehigh Valley, Lehigh Valley Stands Up and Coalition to Abolish Death By Incarceration - Lehigh Valley Chapter co-sponsored today's press conference to highlight that effort and call on DA Martin to do the right thing.

Joan Sehl, a member of Free Them to Heal Us from neighboring Berks County echoed similar sentiments as she spoke up for her elderly loved one Terry "At nearly 75 years of age he is a changed person for the better. He is not defined by whom he was nearly 50 years ago, but rather who he matured into as a thoughtful caring intelligent man. We all grow and mature as we age. He and the other lifers are no different."

Today's press conference was part of an ongoing effort to get district attorneys in Pennsylvania to support commonsense measures that would provide parole review and pathways home for aging people in PA prisons. When we unite and speak out we can make a difference. Sign the petition below to urge the Pennsylvania District Attorney's Association to support geriatric parole.

Watch coverage of the press conference on WTMZ 69.

Read coverage of the press conference in The Morning Call.

Since 2016 Coalition to Abolish Death By Incarceration’s rally for second chances has been an annual tradition. Yearly hundred of family members of...