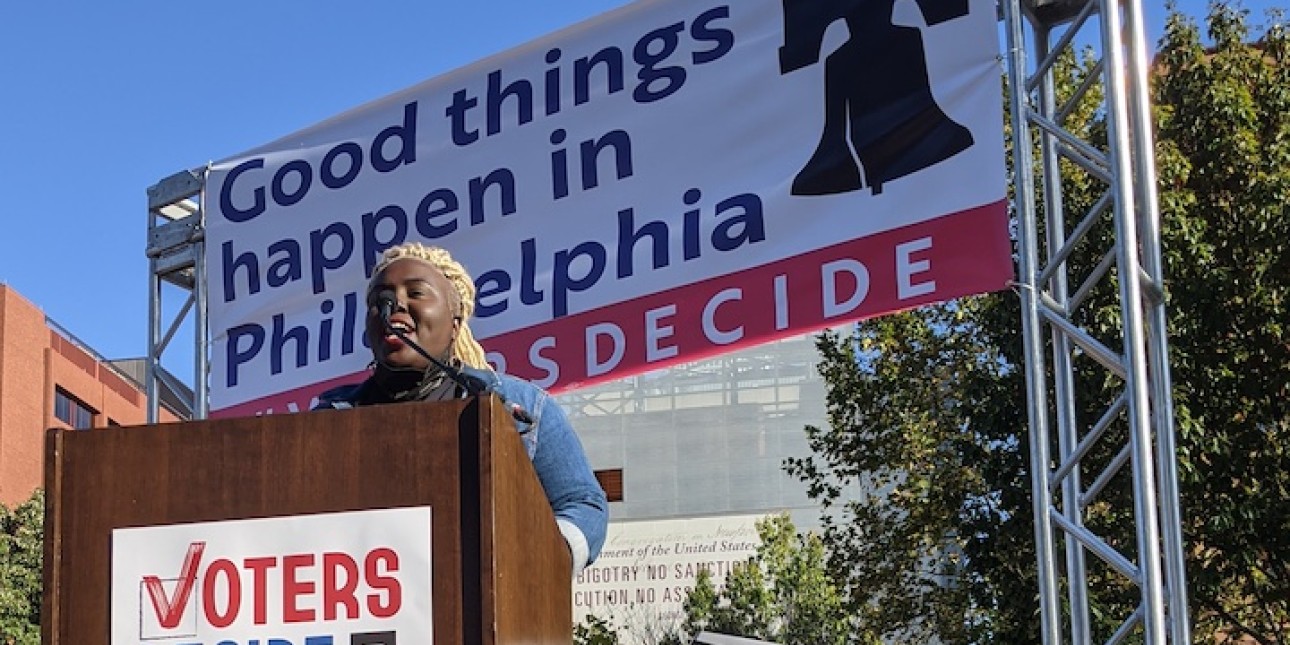 On November 7th, Amistad Law Project’s Nikki Grant spoke in front of a crowd of thousands at the Voters Decide rally in Philadelphia. Voters Decide was a rally organized by a diverse array of union and community groups to defend democracy and demand that every vote be counted.

With her speech Nikki brought the fire, determination and vision that we need to win. Whoever is in office we need everyone to get involved in building the movement to get our communities everything they deserve.  Watch the video below!

Nikki’s speech was the culmination of months of organizing that Amistad did to fight attempts at voter disenfranchisement. In the fall we circulated an election defense pledge and the day after the election we mobilized members of our rapid response network to demand that every single vote be counted.  Whenever people attempt to disenfranchise the family members of incarcerated people and members of our communities we will defend out rights.