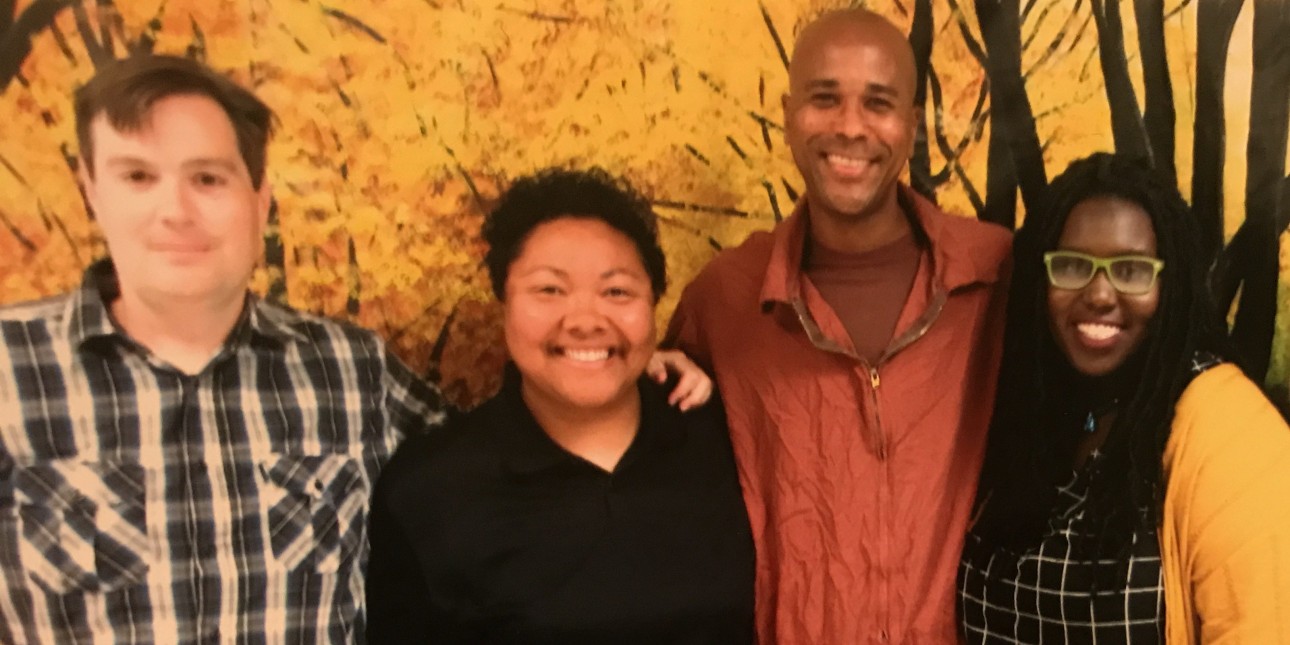 Nearly seven years ago we started making the trek to SCI-Rockview in Centre County, PA to start building with a client and inside movement leader. Kerry ‘Shakaboona’ Marshall quickly became a good friend and collaborator to Amistad Law Project which at that point had only been around for a couple of years. We are completely overjoyed to announce that yesterday after an emotional court ruling and over 34 years in prison, Shakaboona was finally granted his freedom. We eagerly await his release on May 11th.

Shakaboona was convicted in 1988 when he was 17 years old for his role in a robbery gone wrong that resulted in someone’s death and sentenced to juvenile life without parole. Subsequently, early in his incarceration while grappling with the cruel and unusual punishment that is long term solitary confinement, he caught an additional charge related to an attempt to escape and was sentenced to an additional 110 month sentence. For years he had no viable way home and his mother initially believed he would die in prison.

Shakaboona had long been an organizer for justice and liberation behind prison walls. In the early 2000s he founded one of the first inside/outside movement organizations in Pennsylvania, the Human Rights Coalition, which brought together people incarcerated in PA state prisons, their family members and supporters. His mother Patricia Vickers became a leader in that movement and one of the first family member leaders in the movement to abolish death by incarceration. Together, they built a movement to free him and others like him.

In 2012 and 2016, two landmark cases in the US Supreme Court ruled that nearly 2500 people who had been sentenced to life without parole as a mandatory sentence for crimes that occurred before they were 18 needed to be resentenced. Pennsylvania had the largest number of so-called juvenile lifers of any state--500--and Philadelphia had the largest number of any municipality in the county with over 300. Shakaboona being one of them finally had a pathway home.

Amistad Law Project started working with Abolitionist Law Center on Shakaboona’s case. We spent countless hours visiting with him and preparing for his resentencing before the court. At the time Seth Williams was District Attorney of Philadelphia and his office wanted Shakaboona to serve a 35 to life sentence which was years away. We wanted him parole eligible immediately not only because he deserved to be home, but because he had a consecutive federal sentence to serve after being released from the state system. Amistad Law Project and Abolitionist Law Center prepared a comprehensive mitigation report showing, among other things, that not only could Shakaboona be safely be released, but that he would be a benefit to the community. Moreover, we engaged in community organizing and creative advocacy. Along with his mother and a number of organizations and people in the community we organized an interactive exhibit called “People Change, People Change the World”  that highlighted Shakaboona’s extensive human rights activism, the history of movements for human rights in Pennsylvania, and his deep remorse for having taken a life.

Before Shakaboona could be resentenced, DA Seth Williams was charged with a number of crimes and resigned from office. Larry Krasner, a progressive reformer, was elected to the office. In 2018, the new regime at the DA’s office revised their offer to 29 to Life and Mr. Marshall was soon resentenced and subsequently parole eligible. He eventually received parole which meant he was released to the federal system to serve his consecutive federal sentence. At the time it seemed as if one door opened and another slammed shut.

However, no one gave up particularly not Shakaboona or his mother. Our co-counsel Bret Grote of Abolitionist Law Center was particularly dogged in figuring out a legal mechanism to reduce Shakaboona’s federal sentence which would have him in prison another 9 years. Eventually, under the First Step Act along with Abolitionist Law Center and Jim Davy of All Rise Law, we filed a Motion to Reduce Sentence/ or Compassionate Release before Judge Padova in the Eastern District. Yesterday, after an emotional hearing Judge Padova made clear he thought Shakaboona had turned around his life and he sentenced him to time served. He will come home to his family in one weeks time. We eagerly await his release on May 11th and cannot wait to celebrate with him, his family and others in our movement for second chances.

Some journeys make you grow closer. The story of Shakaboona’s case is in many ways the story of the beginning of Amistad Law Project and the early stages of a rich and deep collaboration that we would foster together with our movement family in Abolitionist Law Center. It’s also the story of the growth of a movement for second chances which started in obscurity with Patricia Vickers and a handful of family members of people serving life without parole meeting in living rooms and church basements. Now hundreds of family members regularly come together in Harrisburg every year to push for changes in the law that would create second chances for people serving death by incarceration sentences.

So much has happened in the last six years. We can’t wait to see what happens in the years to come and we are so deeply happy that Shakaboona will be out here with us to be an active part of it all.