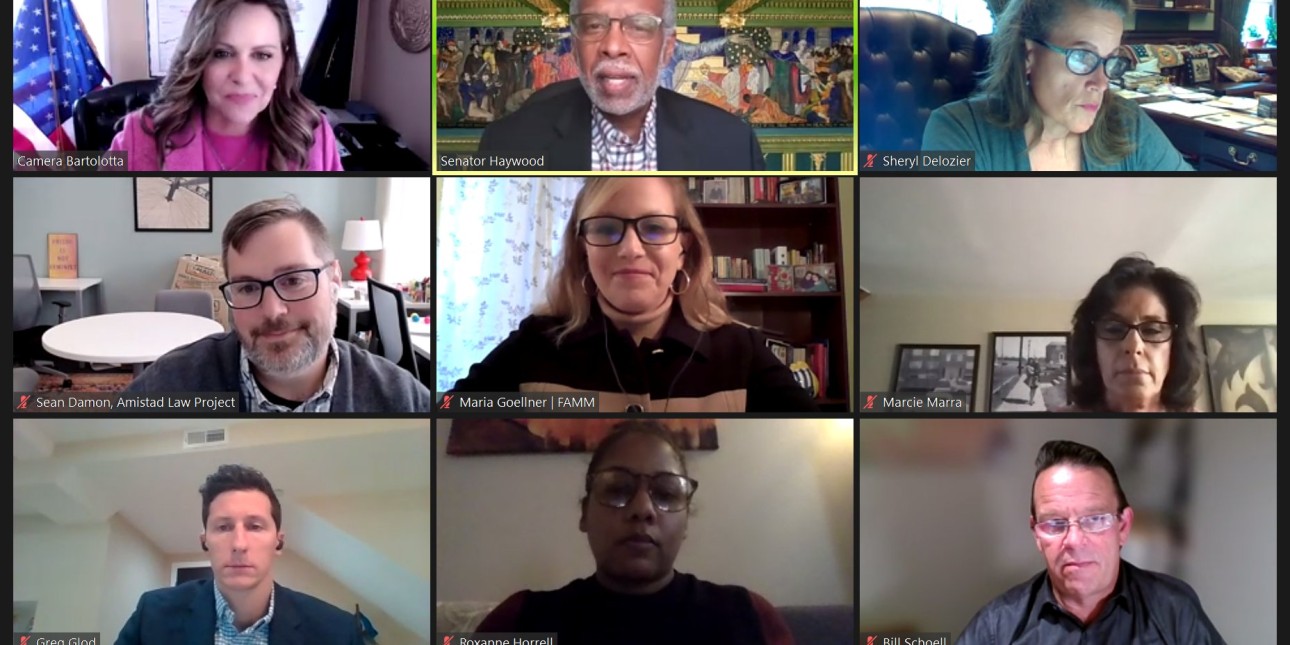 On October 28th, the Pennsylvania Legislative Criminal Justice Reform Caucus convened a hearing on medical and geriatric parole for people in PA prisons. This bi-partisan caucus of the Pennsylvania House Representatives and Senators meets regularly to take up issues related to the criminal legal system in Pennsylvania.

At this hearing, a powerful array of speakers offered testimony including Marcie Marra, the sister of an incarcerated man at SCI Chester, Robert ‘Saleem Holbrook, Executive Director of Abolitionist Law Center and Straight Ahead, Maria Goellner of Families Against Mandatory Minimums and more.

Amistad Law Project’s Organizing Director Sean Damon also provided testimony calling for parole review for those who are aging and elderly, “With geriatric parole we could reduce the incredible burden on tax payers of incarcerating the elderly and I think most importantly we could reunite people who have turned around their lives with their families.”

At present, with over 8,200 people. Pennsylvania has the second largest population in the world of people sentenced to either life without parole or virtual life sentences that will ensure they do not survive to see the parole board. This number does not count the other people who have very long sentences of 15, 20 or 30 years who might just as well succumb to some illness or old age while they are incarcerated.

Currently Amistad Law Project and other organizations in the movement are supporting SB 835, a bill that would extend parole review to anyone over 55 who has been incarcerated for over half of their sentence or 25 years whichever is less.

Watch this hearing to hear what legislators and the movement has to say about the fight for geriatric parole. Bit by bit we will build a pathway home for our elders in prison.