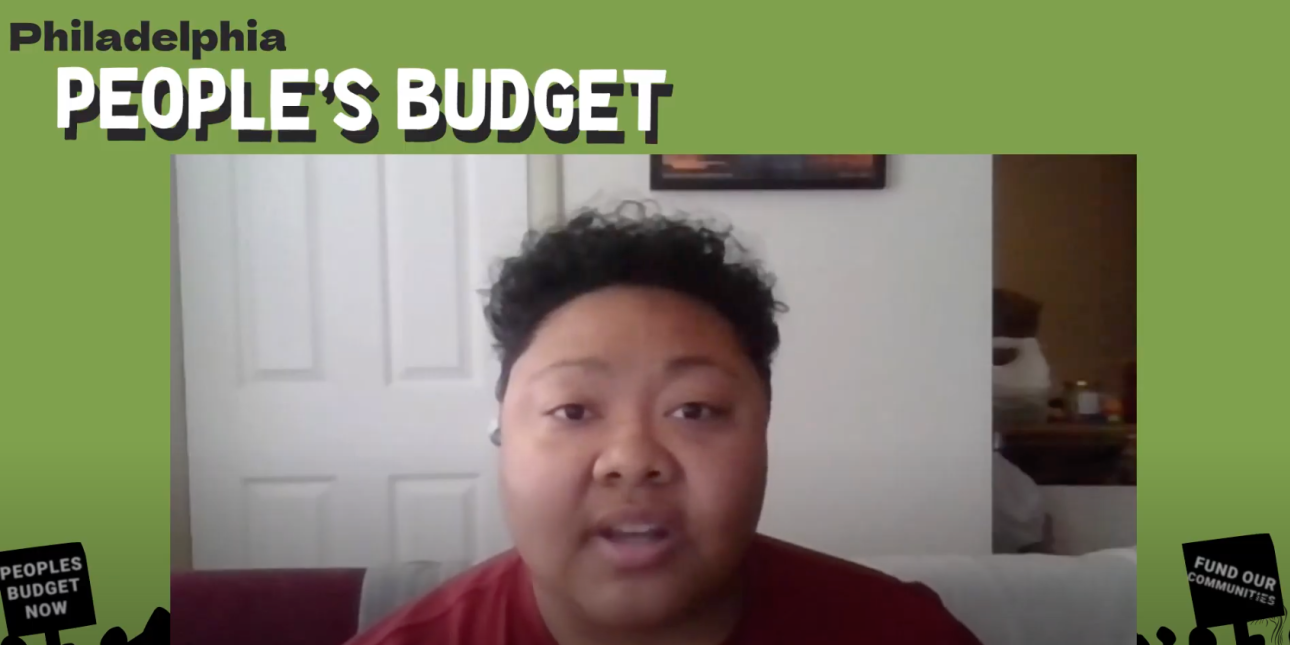 On Thursday, April 15th a powerful coalition of organizations rooted in communities throughout Philadelphia held a press conference in response to Mayor Kenney's budget address. Community based anti-violence organizations, union members and racial justice organizers spoke powerfully about the need to reduce the police budget, tax the rich and win the resources our communities need to thrive.

Watch the video of the People's Budget press conference below.

“We demand no increase to the police budget.

Philadelphia Mayor Jim Kenney is trying to pull the wool over our eyes. While the police budget line remains stagnant at over $700 million, we call attention to the shell game in which resources for police training and other so-called reforms are funneled through the Managing Director’s Office. Resources that end up in the hands of police are police funding.

When your loved one is having a mental health crisis, you should be able to call 911 and get that person the help they need without a cop showing up because Philadlephians deserve treatment not trauma.

We fully reject the co-responder model the city continues to fund. This model pairs a mental health professional with an armed police officer to respond to mental health emergencies. All of the funding currently earmarked for the co-responder program--$6 million--should instead be put into expanding mobile crisis response units and it should be those units alone that are dispatched by 911 to people experiencing a mental health crisis. The tragic murder of Walter Wallace Jr. last year reminds us that our communities need care not the threat of violence.

If we need even more resources for this program our city has them--we must reject the tax cuts being put forward by the Kenney administration and fund our city and our people.The modest investment in the mobile crisis units is not enough, especially when you have to remember and call a separate number to access these services.

We can have something better now. We demand the city expand mobile crisis response units and route these calls through 911.”

On Tuesday, May 4th, Kris Henderson of Amistad Law Project joined University of Pennsylvania students with Police Free Penn to call for disarming and...

On May 1st, Amistad Law Project Policy Director Nikki Grant spoke at the Philly People’s Budget May Day Action. People in Philadelphia should be able...

Monday, May 3rd: Join Us Forum on the Struggle For Second Chances

Some officials like to speak about ‘rehabilitation’ for those who are incarcerated, but our criminal justice system is based on punishment and control...