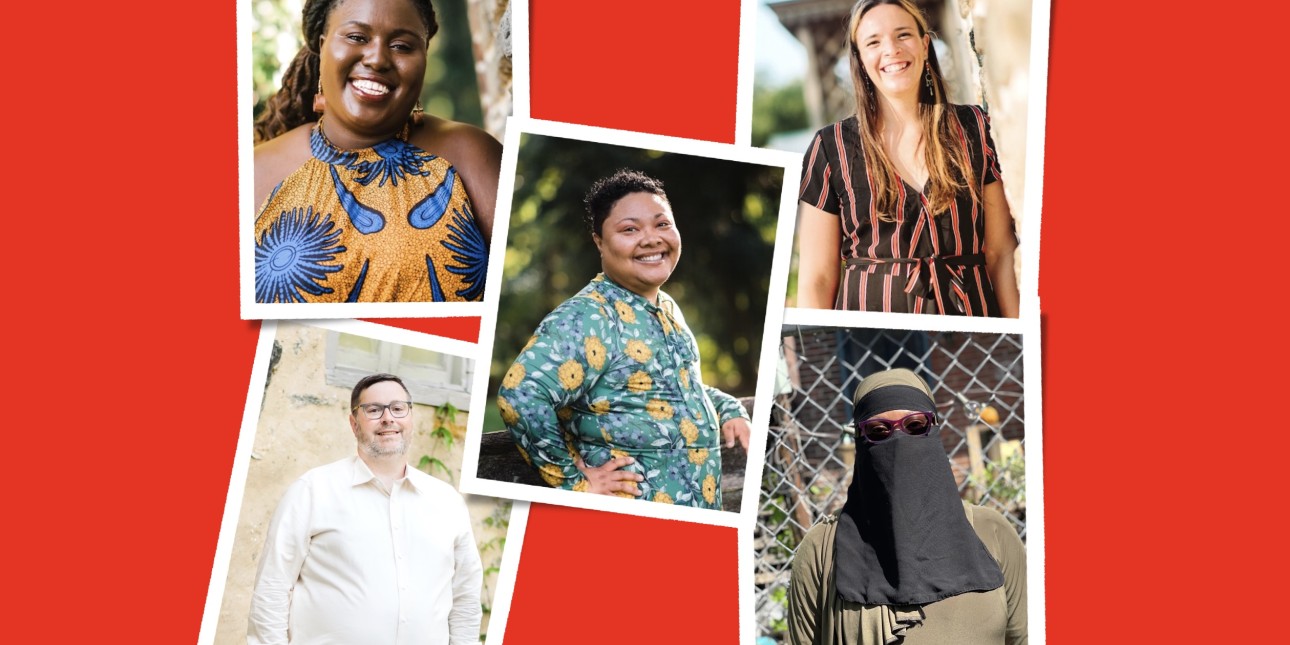 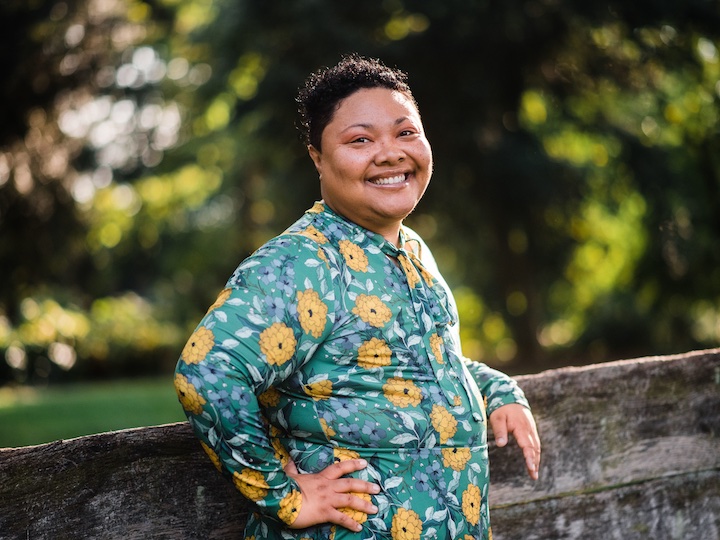 Kris Henderson is the Executive Director of Amistad Law Project. They grew up in East Orange, New Jersey-- a majority Black, working class community. Their educational career began in East Orange's underfunded schools, continued at a private Christian School and led to boarding school in New England for high school. Their diverse educational experiences and the realization that a quality education is possible but often incredibly expensive, led them to work towards making sure we all have what we need. They are a movement lawyer, a co-founder of Amistad and a co-founding member of the Coalition to Abolish Death By Incarceration. They are on the steering committee of Free The Ballot! Incarcerated Voter Family Network and on the board of directors of Black Youth Project 100. They are a 2018 Law for Black Lives and Movement Law Lab Legal Innovators Fellow and a 2019 Soros Justice Fellow. 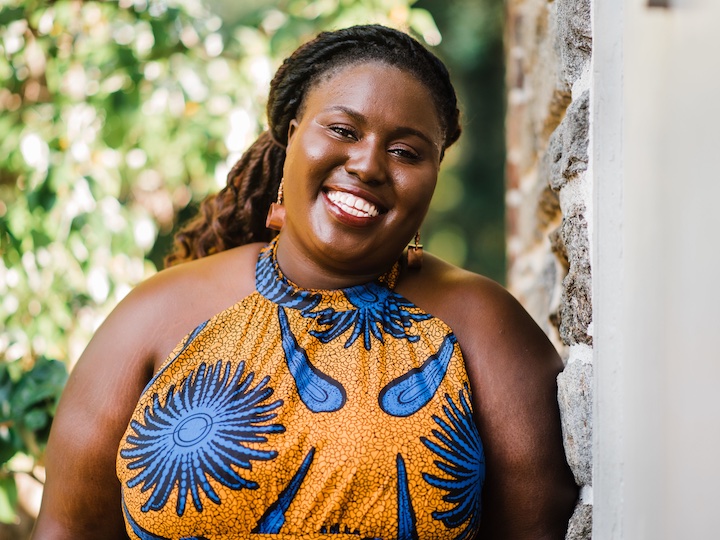 Nikki Grant is Amistad Law Project’s Policy Director and co-founder. She is the proud daughter of Jamaican immigrants and grew up in a tightly-knit, working class West Indian community in Orlando, Florida. As a young person, she witnessed poverty, racial segregation and inequitable schools in her community, as well as her father’s disabling chronic illness. She was inspired by the demonstration of care by primarily Black women neighbors and church family to work towards social equity through a Black feminist lens. Nikki is a movement lawyer and a founding member of the Coalition to Abolish Death by Incarceration. She is also a board member of the Women's Medical Fund, where she serves on the Community Organizing committee. 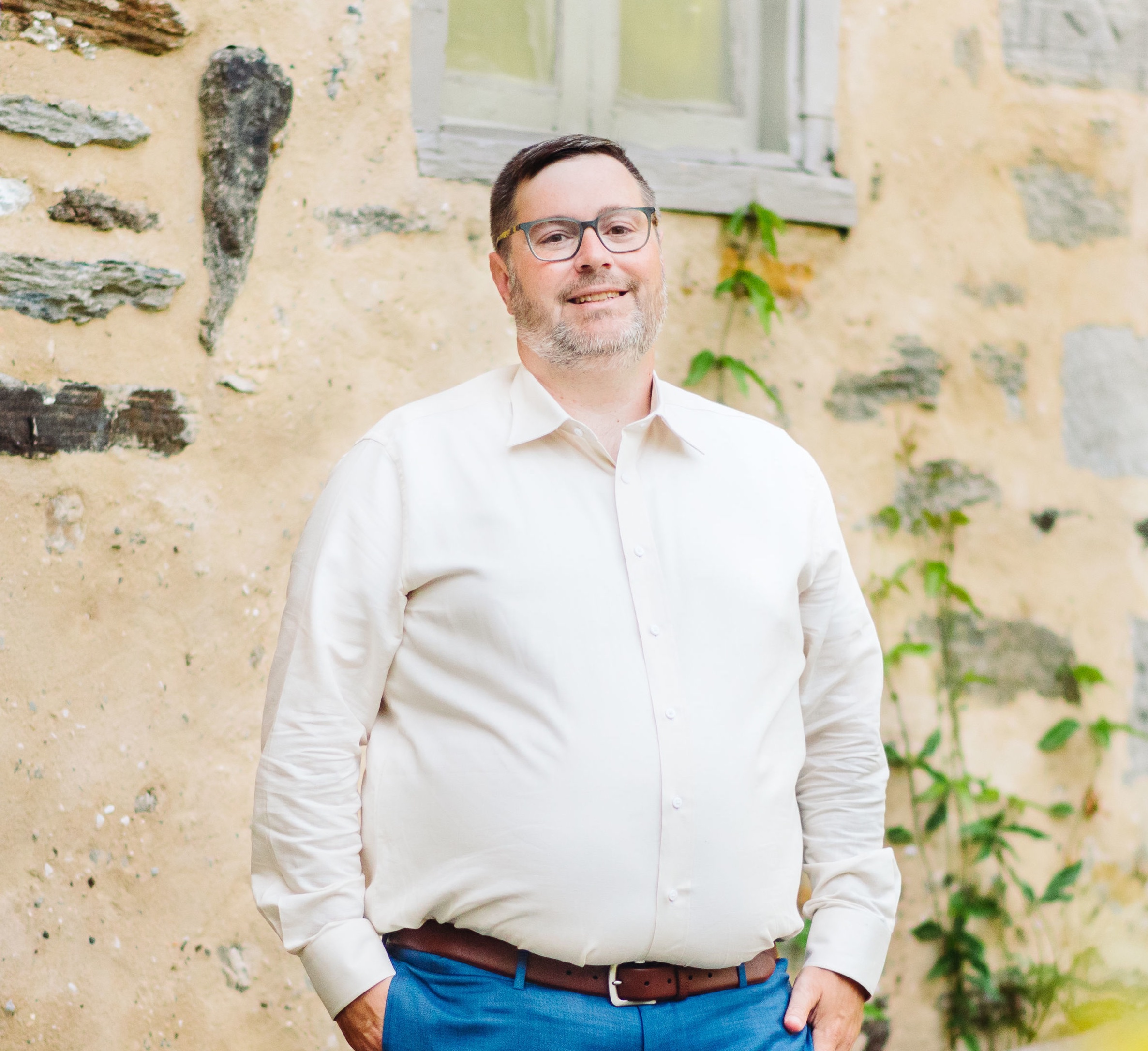 Sean Damon is the Organizing Director of Amistad Law Project.  As a child, his mom cleaned houses and his father did tree work and he grew up in a working class neighborhood in Delaware County.  At age 15, he was kicked out of his home and spent the better part of his teenage years system-involved in a constellation of child psychiatric hospitals, bootcamps and halfway houses followed by precarious housing situations and poverty in his early adult years. These experiences propelled him into movements for justice and liberation. He is a white anti-racist organizer with over twenty years of experience in union, community and social movement organizing and a co-founding member of the Coalition to Abolish Death By Incarceration and Free The Ballot! Incarcerated Voter Family Network. 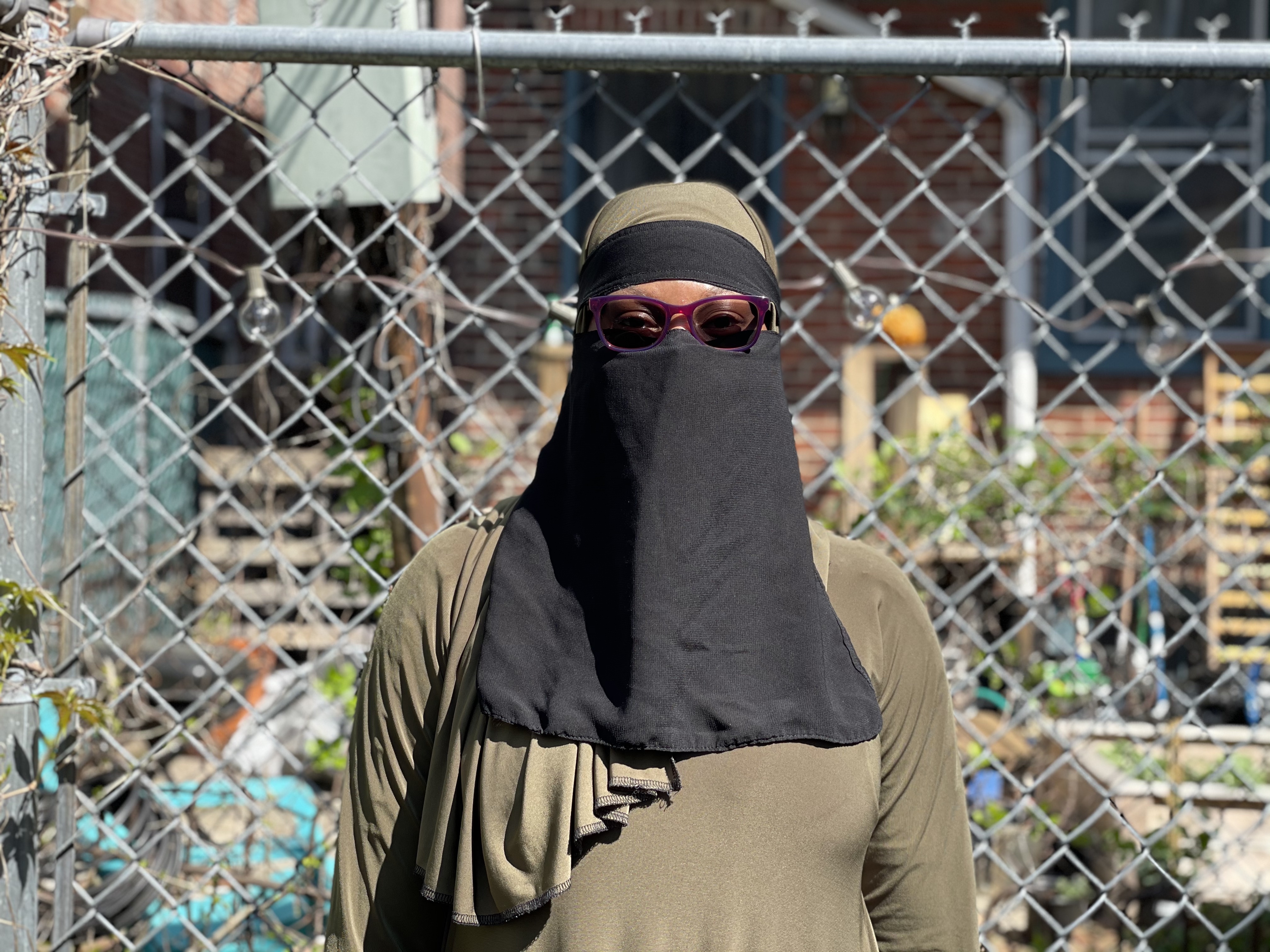 Sabirha Williams is a staff attorney with Amistad Law Project. She was born and raised in West Philly by a single mother of seven and educated in the Philadelphia public school system. When her uncle was just a teenager he was sentenced to life without parole and has been incarcerated for her entire life. As a juvenile lifer, he has been resentenced pursuant to several US Supreme Court rulings that made mandatory juvenile life without parole unconstitutional and will thankfully soon be parole eligible. Witnessing his struggle and her families' pain set her on a path toward the legal field and she initially wanted to become a lawyer so she could help free him. Her family and professional experience has helped her to understand that to end mass incarceration people need resources, like jobs and quality education, so they are not funneled into an endless cycle with the criminal legal system. 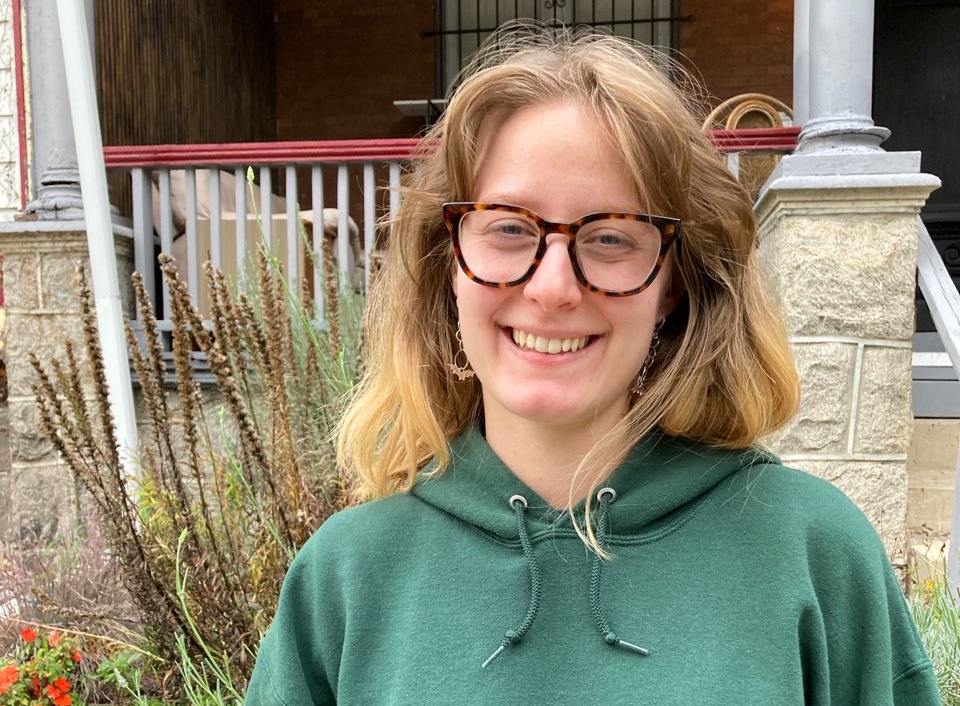 Sadye Stern is a legal fellow with Amistad Law Project. Sadye grew up in East Mt. Airy, Philadelphia. On her morning SEPTA bus rides to a private quaker school, Sadye felt the contradictions between quaker teachings (rooted in community, equality, and conflict resolution) and the reality of a private education system built on racism, wealth inequality, and inadequate social infrastructure. Such early experiences moved Sadye to engage in anti-oppressive work. In college, she participated in Occupy Wall Street protests in New York City and wrote a thesis on the United Farm Workers’ strikes and boycotts of the 1960s. After college she became a union organizer, working alongside workers in New Jersey’s hospitality industry to win contracts that would guarantee good wages, affordable healthcare, and crucial workplace protections. Returning to Philly, Sadye joined the Coalition to Abolish Death By Incarceration and completed graduate programs in law and social work. She continues to be inspired by abolitionists and organizers on both sides of prison walls to build a world where all people are cared for and supported. 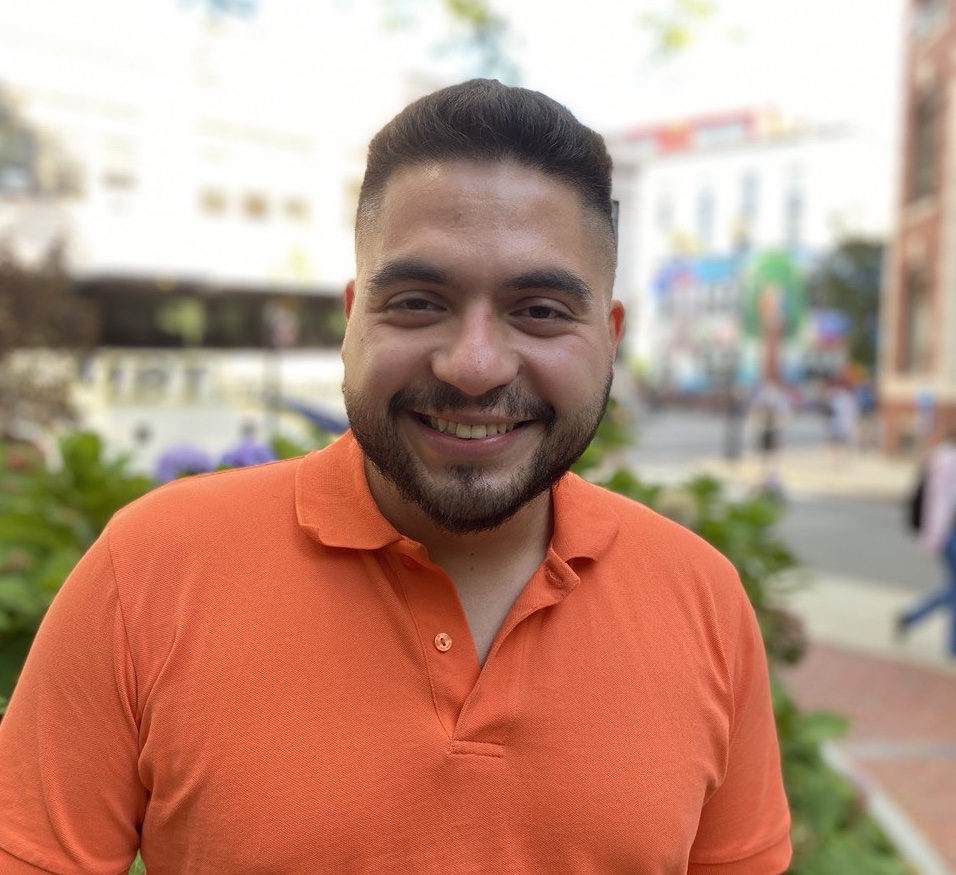 Rob Mogollon is a legal student fellow with Amistad Law Project. He was born in Barquisimeto, Venezuela, where he lived until his family immigrated to the United States when he was young. He grew up in Orlando, Florida. After undergrad, Rob became an electoral organizer in Virginia, where he got to meet and work with activists for many different issues. Subsequently, he worked in the state legislature for delegate who was an ally on criminal justice reform. He remained there for two legislative sessions working with community groups and interested parties on legislation and policy. He now attends law school at Northeastern University and plans to be a public defender upon graduating in 2023. 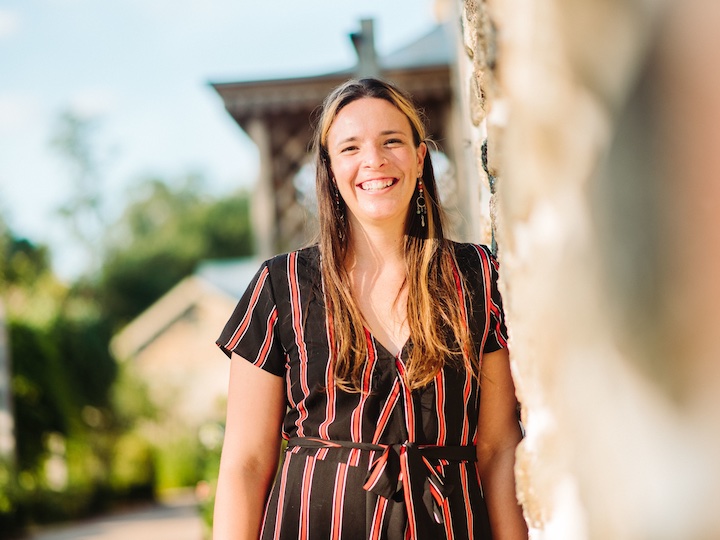 Lily Rorick is Lead Organizer with Amistad Law Project and focuses on leadership development and basebuilding. She grew up in Seattle in a family of seven, where she quickly learned conflict mediation skills. Lily’s politicization began at her public high school when students walked out to protest cuts to state education funding, and continued in college as she watched the Ferguson uprisings from afar and got involved with the local chapter of the NAACP. Lily’s commitment to abolition is rooted in her understanding that a world being built through Black-led abolitionist movements is a world with less violence where everyone can get the resources they need to thrive. She is a member of the Coalition to Abolish Death by Incarceration. 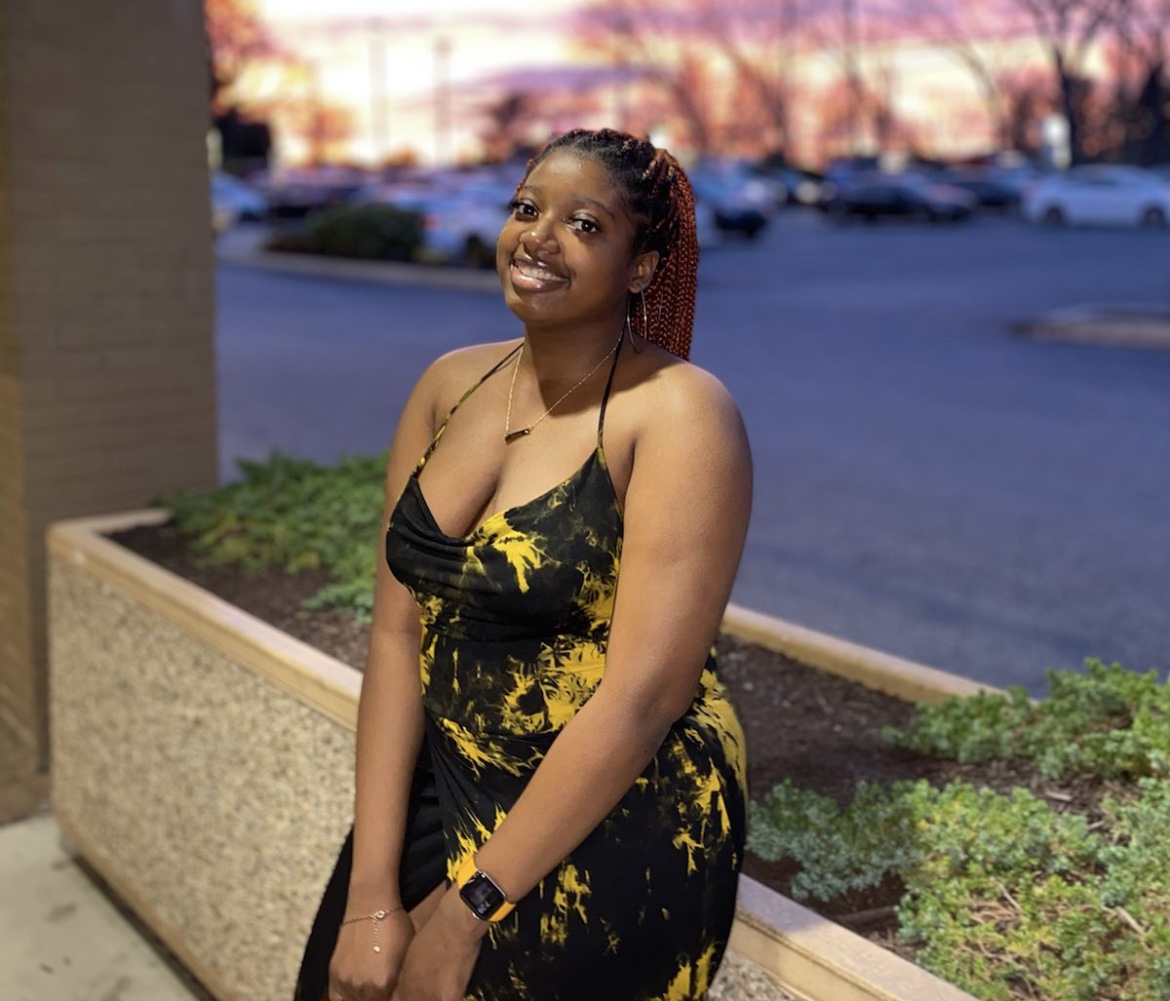 Dyamond Gibbs is an organizer with Amistad Law Project. She was born in Southwest Philadelphia, but was raised over the county line in Upper Darby. Dyamond grew up in a very religious household alongside her twin brother and older sister with her father being a pastor and her mother being a stay-at-home mom for most of her childhood. While she was a student at Upper Darby High School she first started to notice discrimination within the school district after tutoring ESL students and got involved in the Stay Woke club, a social justice student organization. After the murder of George Floyd, she was propelled into community organizing in Delaware County and co-founded the U.D.T.J. Organization, a community driven intersectional anti-racist organization. Through this work she helped lead a dynamic campaign working for justice for Fanta Bility, an eight year old Black girl who was killed by the Sharon Hill police. She continues to serve as president of the U.D.T.J Organization. 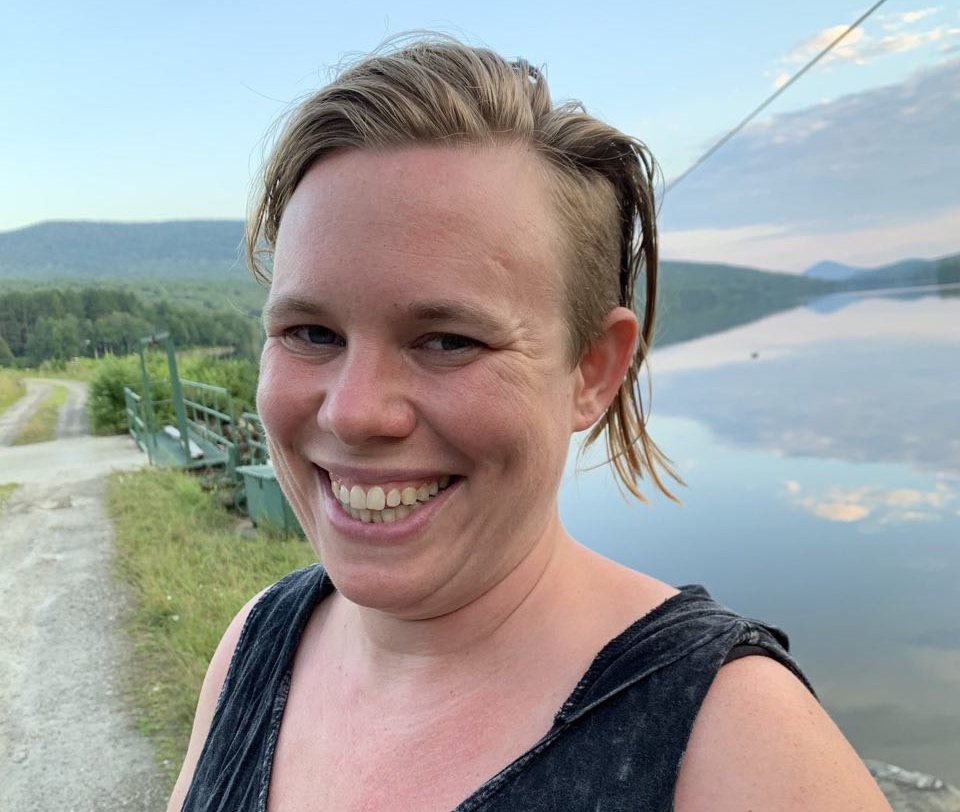 Sarah Small is an organizer with  Amistad Law Project. Her family has lived in southwestern Pennsylvania for generations, and she grew up in Pittsburgh. Sarah became an activist in highschool, and has been active in social justice movements ever since, organizing against gentrification, austerity, and the prison industrial complex, and working for the freedom of political prisoners. She is also a Registered Nurse, and worked for many  years doing hospice homecare in and around Philadelphia. She is a founding member of Decarcerate PA and the Coalition to Abolish Death By Incarceration, and the lead organizer for the ImmUnity Project, which works to provide COVID-19 related health information to incarcerated people and their families. 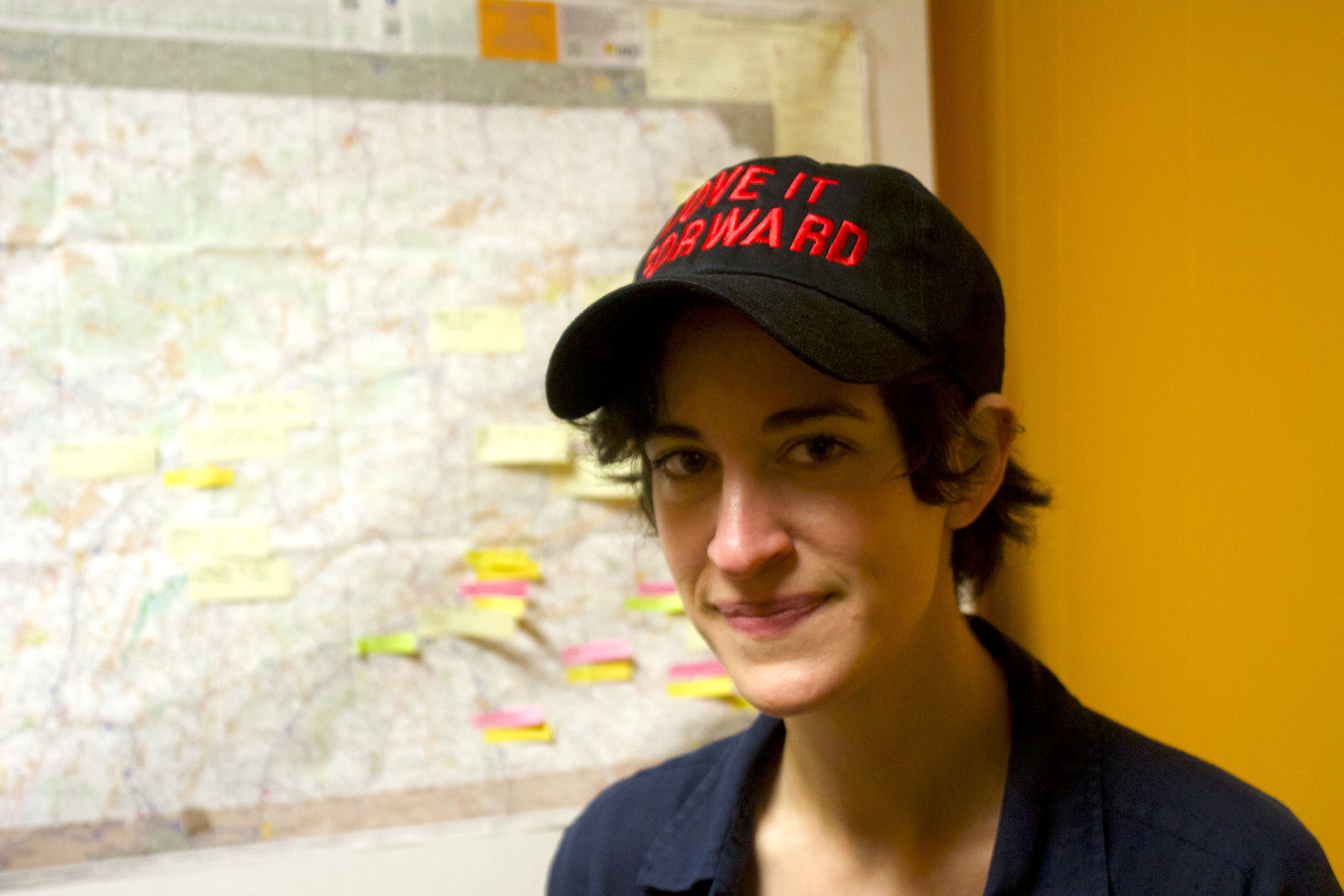 Kyla van Buren has been working as the co-producer and sound engineer for Amistad Law Project’s Move It Forward podcast. As the child of a librarian and an ethnomusicologist, they grew up surrounded by community organizers who taught them the value of art and creativity in political movements. Kyla’s work in the audio visual world is focused on shifting the narratives that perpetuate issues of racial and economic injustice. They see radio and film as a way to build relationships and help organizers realize their visions for the world. They met the members of Amistad Law Project in the Coalition to Abolish Death By Incarceration, a movement that always gives them hope. 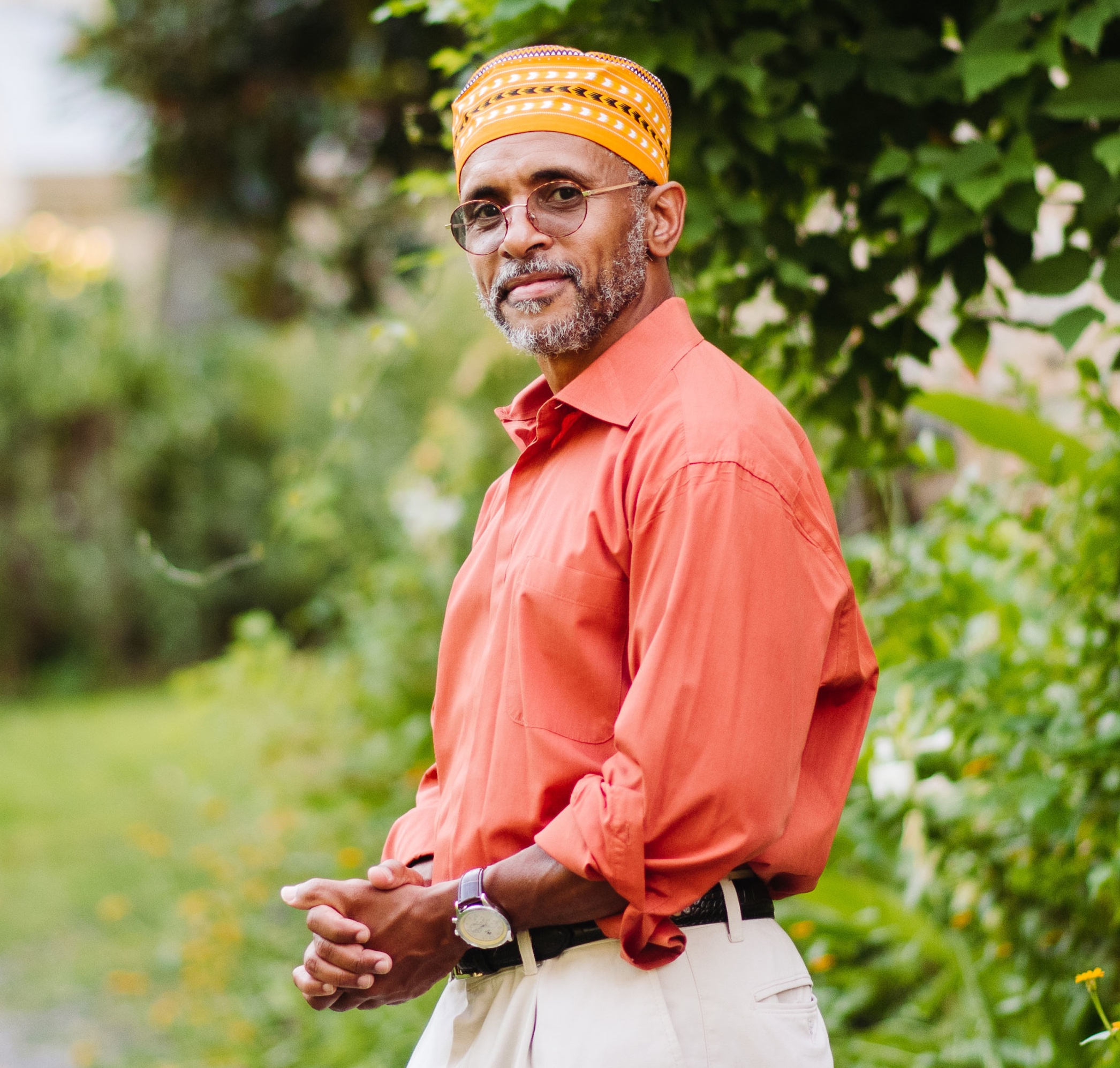 Kempis 'Ghani' Songster was an organizer with the Amistad Law Project from 2018 to 2021 and moved on to become the Restorative Justice Program Manager for the Youth Art & Self-Empowerment Project. Ghani is like family to us here at Amistad Law Project and continues his working relationship with us as a Healing Justice Fellow, speaking at events and assisting with our podcast.  He is a co-founding member of Right to Redemption, the Redemption Project and the Coalition to Abolish Death By Incarceration (CADBI).  He is also co-founder and director of Ubuntu Philadelphia. 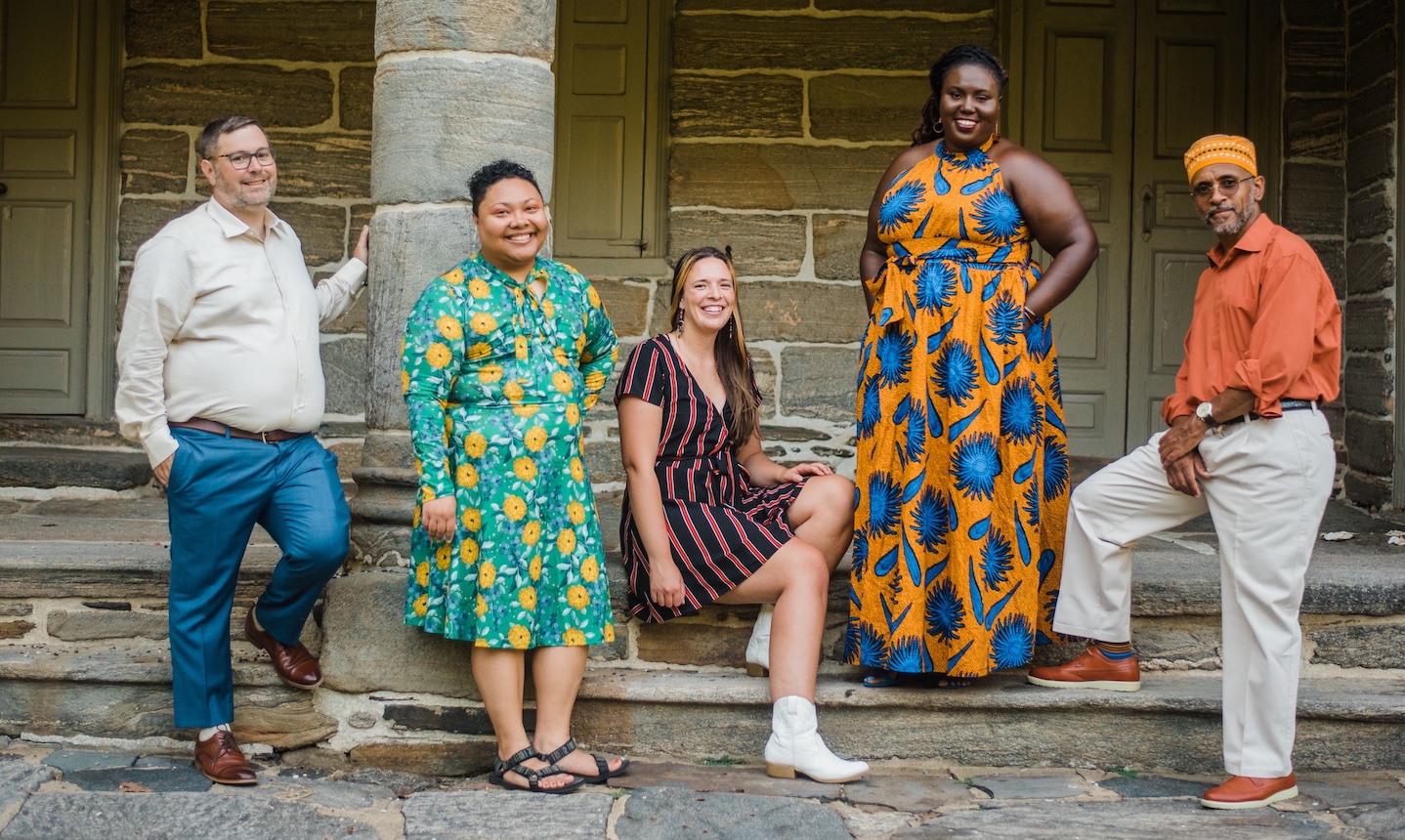