New Episode of Move It Forward: Reopening Hope at the Board of Pardons 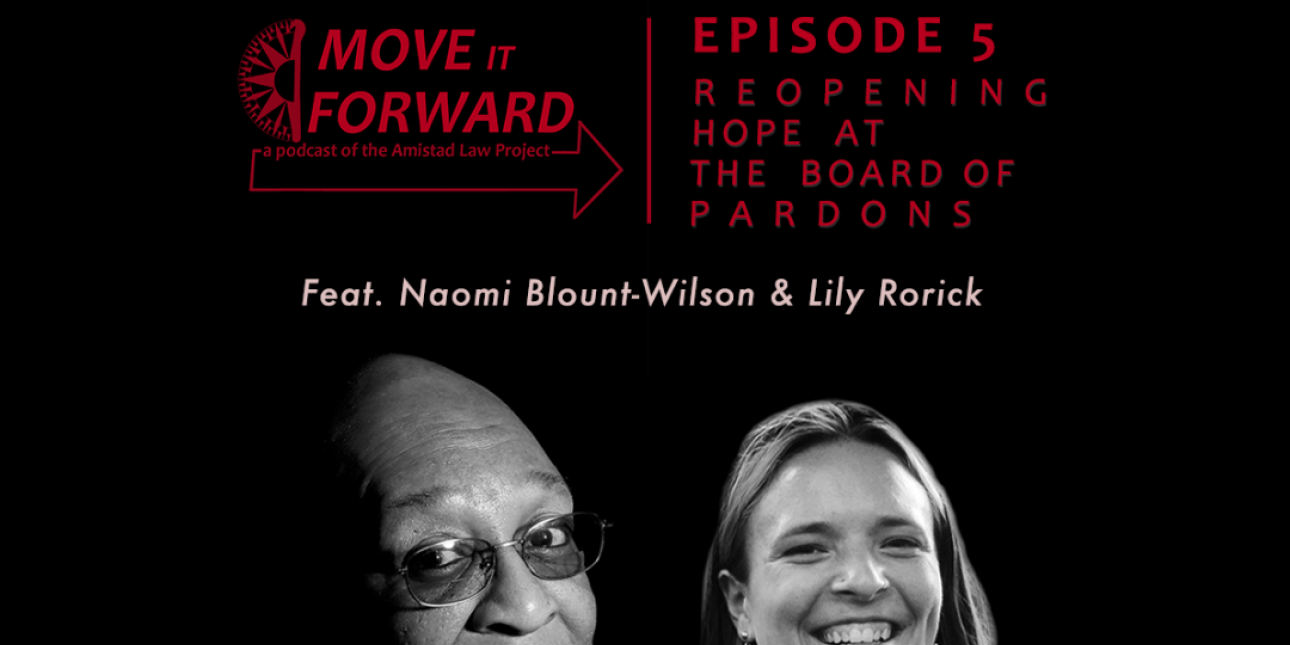 As much as “mass incarceration” and “criminal justice reform” have become common terms in American vernacular, one would think we know pretty-much all there is to know about the criminal legal system. In Episode 5, we dig into an important part of the system — Commutation and the Board of Pardons. Hear from Naomi Blount-Wilson, a woman who spent 37 years in Pennsylvania’s prison system on a sentence to life without parole. Now she’s free and a voice of hope for many. We also hear from Lily Rorick, a leader in the campaign to change the commutation process, about what ordinary people have been doing to Move It Forward.

New Podcast Ep: Grief and Life After Losing a Loved One to Gun Violence

For every person who is murdered, there is a family, a friend group, a community who feel that loss. The numbers – over 500 people murdered in 2021...

New Podcast Ep: What Happened to Our Communities when Gun Control Failed

Gun sales in Philadelphia have basically doubled over the course of the pandemic. The citizens of the United States own more guns than any other...