Advocating for the Pennsylvania DAs Association to Support Elder Parole 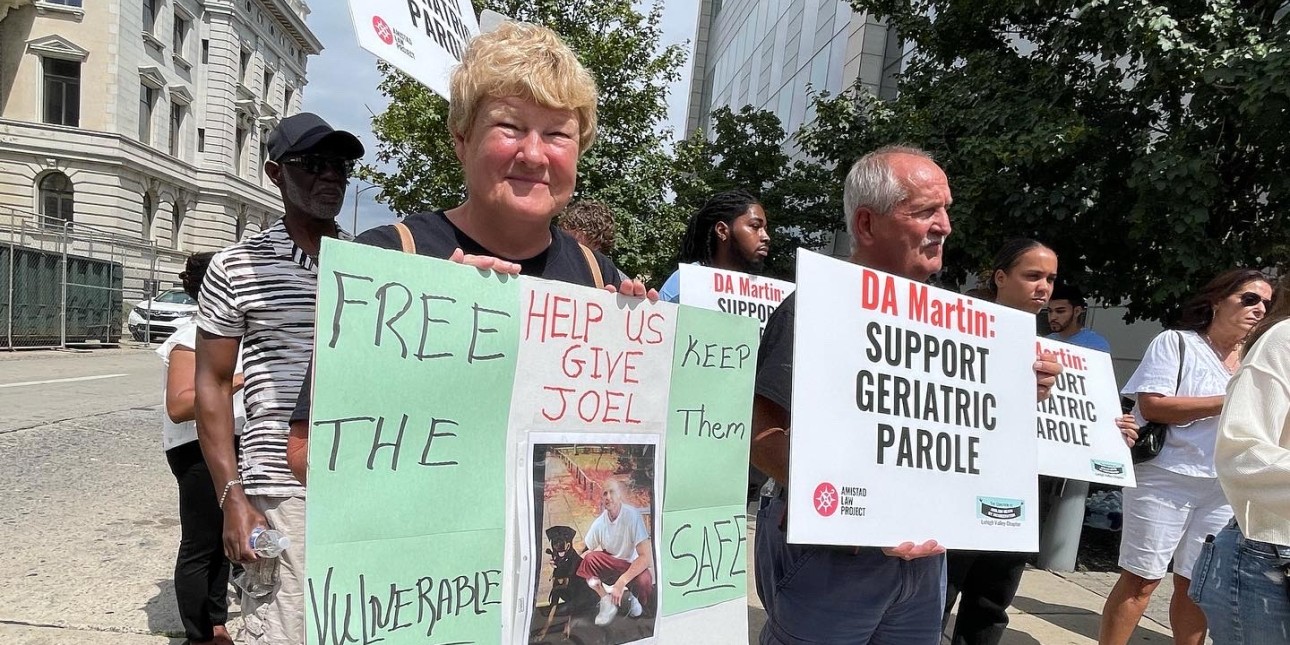 Over 8,200 people in Pennsylvania are sentenced to life without parole or ‘virtual life' sentences that ensure they will die in prison. This number does not count the many other people incarcerated on very long sentences who might just as well succumb to illness or old age before they leave prison. Pennsylvania is turning prisons into nursing homes and doing so at a tremendous cost to the loved ones of the incarcerated, our communities and society at large.

Not only is the state perpetually incarcerating many of our aging community members -who  as older people have a vanishingly small rate of reoffending after release from prison- but our communities are locked up with the immense burden of paying for their incarceration. We are wasting valuable resources on perpetual punishment that would be better spent on education and anti-violence initiatives that could in fact make our communities safer places.

In Pennsylvania, the biggest block to creating parole for aging people in prison - something a good number of voters support - is the fierce and effective lobbying of the Pennsylvania District Attorneys Association (PDAA).  The PDAA is the organization that brings together the political power of 66 elected district attorneys in Pennsylvania and focuses it on lobbying legislators for laws that increase the power of district attorneys.

In Pennsylvania, the PDAA has historically functioned as the lobby of mass incarceration, driving up years in prison, costs to taxpayers, and generational suffering to low income families of every race and locality across the Commonwealth. They routinely speak in favor of new mandatory minimum legislation and oppose or water down any serious attempts at reform.

However, there can be another way. District Attorneys are public officials who can also be held accountable for their positions.

We advocate directly with district attorneys to support common sense reforms that will grant parole review to our elders in prison and we support them in doing so. If DAs take a position in favor of condemning thousands of people to die in prison, we hold them publicly accountable, because we do not believe that is a defensible position. We get people mobilized, speak out in the press, work with faith leaders and the local community and take necessary action to make whether or not a DA supports parole review for the elderly is a public question.

In the longterm, we believe that it is in the interest of the PDAA and its members to put the communities we all belong to and our shared humanity first. We are here to help support the development a position among district attorneys that will make Pennsylvania and our criminal legal system better and more humane by putting an end to perpetual punishment which serves no public safety or rehabilitative purpose. It is long past time to reunite families and allow rehabilitated aging people in prison to be cared for in the community.

Together we can make a change, sign the petition asking the PDAA to support geriatric parole.