The rise of mass incarceration was also the rise of massive divestment from Black, brown and poor white communities. Cuts in social services dismantled a social safety net built in response to everyday people’s struggles in the early 20th century.

Many politicians on both sides of the aisle abandoned anti-poverty initiatives. Instead of trying to help the poor, they disciplined them by super sizing police departments and throwing more people in prison.

But more police and more cages hasn’t made society less violent. That’s because much gun and street violence stems from concentrated intergenerational poverty. This poverty funnels people into the drug economy and other black markets as some of the only viable paths to a middle class standard of living.

We fight to combat social problems at their root and to reverse the growth of police departments and prisons.

We amplify the voices of people harmed by gun violence and poverty who want to reduce spending on police and prisons.  We launch creative narrative interventions such as podcasts, documentaries, and town halls. We mobilize people to speak out in the public square whether that be at city hall, in the media, or in the streets.

With our movement partners, we were able to stop a $19 million increase to the Philadelphia Police Department budget in 2020. In 2021, we waged a successful campaign to secure $7.7 million in funding for non- police mobile crisis teams in Philly and took some mental health calls out of the hands of the police. In the future, we’ll keep fighting to reduce the police budget so we can invest in social services and jobs programs. We’ll win true alternatives such as non police unarmed first responders trained in de-escalation and violence interrupter programs that empower people with street credibility to interrupt cycles of violence.

Read about our efforts in 2022 to expand non-police mobile crisis teams citywide so that they are available to respond to mental health emergencies 24/7.

Learn about victories in our 2021 campaign to stop police from responding to mental health calls and shift that responsibility to non-police mobile crisis teams. 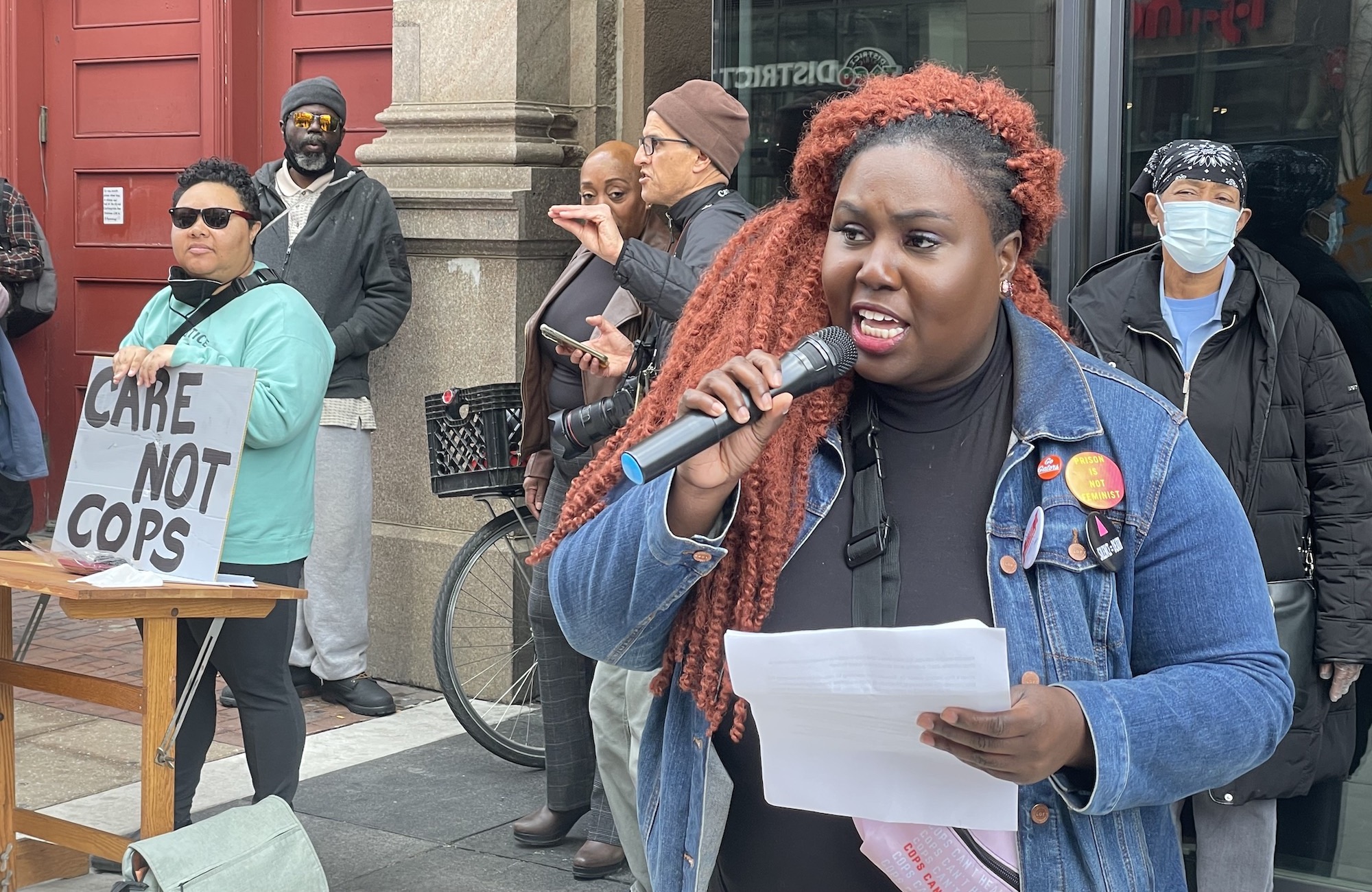