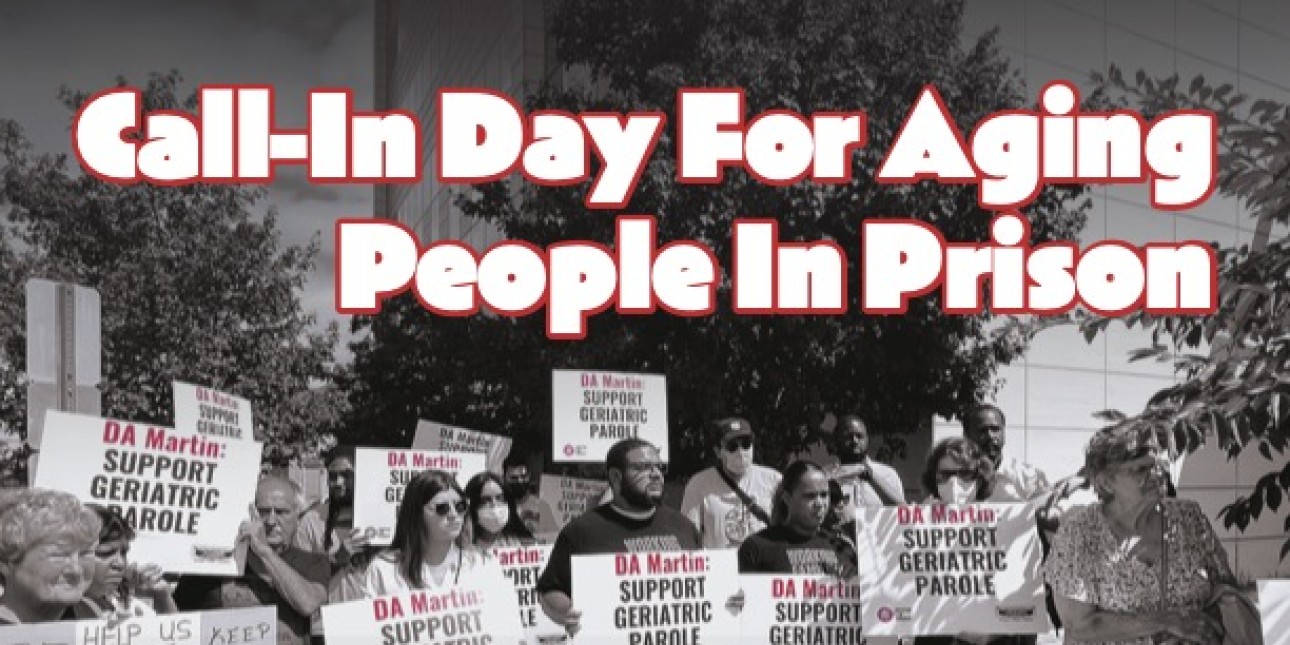 We believe that it is not a defensible position for elected officials to condemn over 8,000 people to die in prison. On Thursday, September 22nd call DA Martin at 610-782-3100 and ask him to support geriatric parole eligibility.

Earlier this year Lehigh County residents and their allies met with DA Jim Martin to ask him to support geriatric parole. Lehigh Valley faith leaders sent a letter to his office calling on him to support a moral vision that provides second looks and the possibility of a second chance to rehabilitated people who are aging in prison. Subsequently, community members and organizations followed up with a press conference urging him to support parole review for aging people in prison.

We are asking Lehigh County DA Jim Martin to send a letter to the General Assembly and the Pennsylvania District Attorneys Association asking them to support SB 835, a bill that would make people over 55 who have served half of their sentence or 25 years eligible for parole. District attorneys and their association, the Pennsylvania District Attorneys Association (PDAA), have a powerful voice in the state legislature and we want them to not oppose geriatric parole legislation.

On Thursday, September 22nd the struggle continues. Join us in calling on DA Jim Martin to do the right thing. Call DA Martin at 610-782-3100 to leave a message politely but firmly demanding that he support geriatric parole. Sign the petition below so you can stay up to date with efforts to demand justice from PA district attorneys.

When people cast a vote and a free and fair election their vote should be honored not undermined. Recently, we stood tall and shoulder to shoulder...

In 2017 and again in 2021 Philadelphians overwhelmingly cast their votes to put a criminal justice reform movement in power. After decades of the...